Bridgerton season two is out and bringing us all sorts of luxury wedding inspiration. I am sure I'm not the only one who is totally obsessed! If you love the Regency-era, amazing outfits and extravagant décor, then Bridgerton is the perfect place to get inspiration for your big day.

In season two there were a few new character introductions, but the Sharma’s being the focus was definitely unexpected. Personally, I love surprises so I was delighted to see a new South Asian family take the lead this season. The family featured a mother and two half-sisters, and little did I know how much drama these sisters would bring to season two.

Beware to those who haven't watched yet; this article contains spoilers!

Edwina Sharma and her elder sister Kathani (Kate) both fell for Lord Anthony Bridgerton. Although they show the pre-wedding and on the day day rituals of Edwina Sharma’s wedding to Lord Bridgerton, the events on the big day did not work out. The season ends with Kate agreeing to marry Anthony, and their beautiful life together after their wedding.

I knew this season's leads would be Indian and questioned how Cheryl Dunye, Director of Bridgerton, would represent the South Asian culture. It is rare to see this outside of Bollywood movies but I love the subtle nods to the traditions and culture as I think it would've been overbearing if there were any bigger, more obvious moments. Here are few stand out moments...

Similarities to a Bollywood Love Story

The storyline in this season of Bridgerton had many similarities to a Bollywood movie storyline. In short, Kate and Anthony got off to a bad start and their egos kept clashing. Once realising their love for each other, Anthony tries to do the right thing by marrying Edwina, however, the truth catches him off guard on his wedding day and he ends up with Kate. This storyline is very similar to some of the most popular old and new Bollywood movies, but they kept to the Regency-era concept and I really enjoyed watching this and noticing the subtle similarities.

Another on-going moment of the show was Edwina calling Kate ‘Didi’ throughout the season. Didi is a Hindu word that translates to ‘older sister’, a word which also shows respect between siblings. Although the term isn’t explained in Bridgerton, Asian audiences will understand this term of endearment and it creates an element of realism for them.

One of the big stand out moments was the showing of a haldi ceremony. This is a beautiful pre-wedding ritual that occurs a day or two before the wedding day. It involves the bride being covered in haldi (turmeric paste) which is used to brighten and detoxify the skin ready for the wedding day.

A lovely moment was when Edwina explained why putting haldi on an unmarried person is also meaningful. “When spread on an unmarried person, haldi will help them find a worthy partner that makes the rest of the world quiet too”. Edwina then placed haldi on Kathani which, later, had the effect Edwina said it would. Edwina explaining her actions helped to inform the audience on this particular Asian pre-wedding ceremony.

Handing Down of Gifts

On the morning of Edwina's wedding to Anthony, Kate makes a grand gesture to her sister by handing her thick, emerald bangles to her. These bangles were handed down to Kate from her biological mother, so this is a significant gesture that creates a sense of warmth. Although, it could seem like Kate shouldn't have done this due to the misconduct between herself and Anthony. In my opinion, I think Kate had the same intentions as she would've had even if those actions hadn't have happened.

Edwina gave the bangles back to Kathani, insisting she should wear them instead as they were meant for her. However, during the ceremony the bangle falls off of Kate's wrist which is where Edwina then notices Anthony and Kate in a world of their own, sharing a look of love Edwina herself hadn't seen from Anthony. I think this could be symbolic of Kate's late mother trying to stop the wedding herself, as she knows that Kate loves Lord Bridgerton.

I enjoyed watching this season of Bridgerton so much, I had to get someone else's opinion on the Asian representation. I spoke to luxury wedding planner, Karishma Manwani, who is an expert in all things wedding planning and very knowledgeable on different cultures. Here's what Karishma had to say about it...

In an Indian wedding there are days of celebrations and rituals that we perform. However, the wedding we see in Bridgerton is a fusion wedding so it is understood that there aren't any Asian ceremonies taking place on the wedding day. We do witness the haldi ceremony but there are so many other pre-wedding rituals that could have been shown, or that we could have at least seen evidence of. For example, a mehndi ceremony.

This would have been a nice ritual to see a few days before the wedding, but even if not shown, we could have at least seen Edwina's hand covered in mehndi on the wedding day as a sign of the ritual being done. Although it is a minor detail, the audience may have appreciated seeing this to show that the team had thought about the smaller details too, as this also increases the realism.

Other elements of the show that I thought were a stand out tribute to the Asian culture were...

One of Bollywood's most famous wedding songs is ‘Khabi Kushi Khabi Gham’ sung by Lata Mangeshkar. Bridgerton did feature this hit song with a twist. A classical rendition of the song played during the haldi ceremony with all three of the Sharma's. In the Indian community, this song holds a lot of emotion so it was surprising but amazing to hear this song in the background. Although I did not notice it straight away, purely because it was completely unexpected, once re-watching the beautiful haldi scene it was so clear that the song played in the background, making the scene unforgettable in a whole other way.

One last thing that caught my attention was when Kate expresses she is missing home and is then seen crushing cardamom pods to make a cup of chai. This is Indian tea that has an acquired taste, which personally I am not a big fan of. However, it was really pleasing to see one of the lead roles bringing in a big element of the Asian food & drink culture.

Overall, I absolutely loved the way the South Asian family were seamlessly introduced, bringing tradition, drama and romance to season two. I really cannot wait to see more of this diversity in the next season!

Read About Planning a Wedding

Read About Other Articles

Read About Etiquette and traditions

Read About Planning a Wedding

Read About Other Articles

Read About Etiquette and traditions 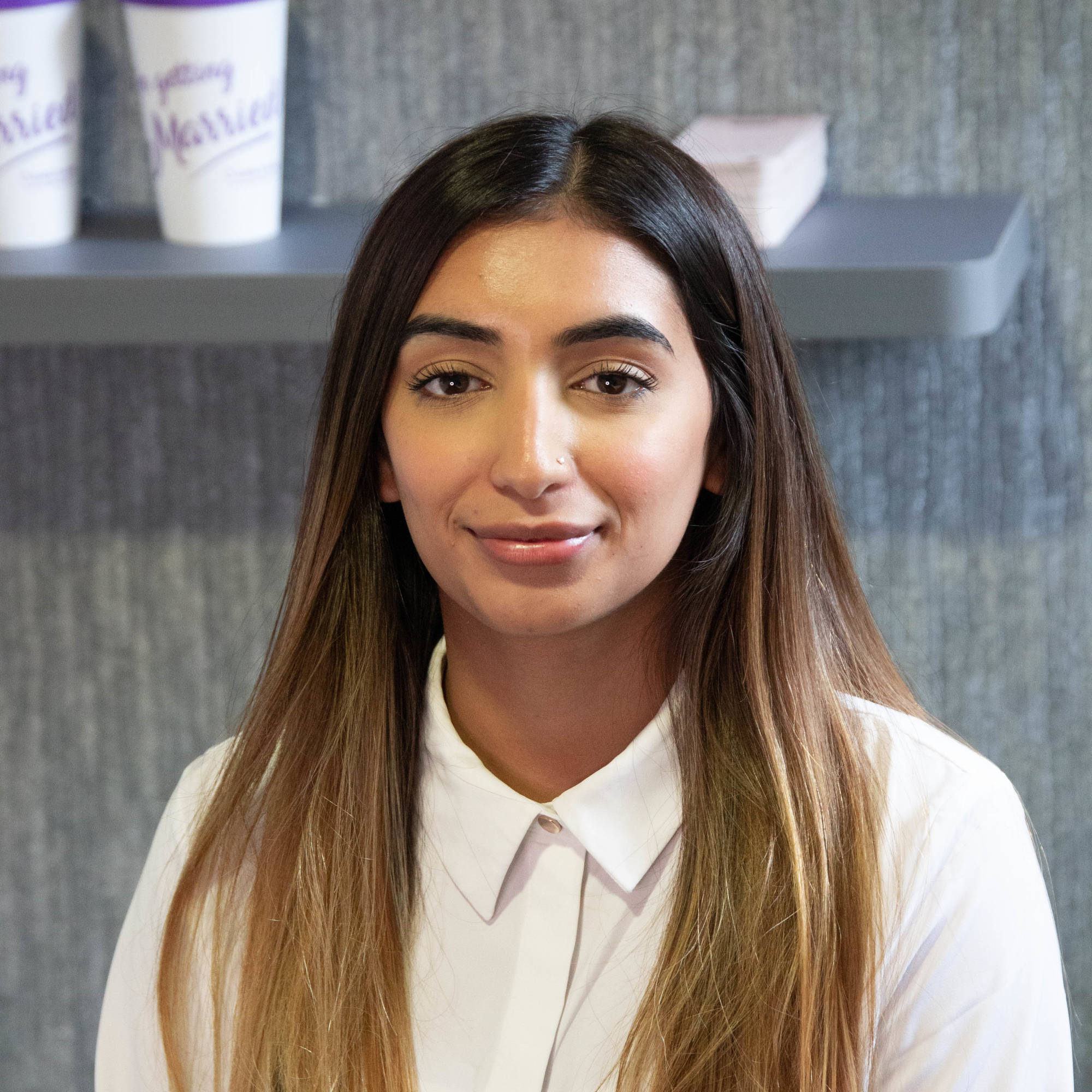 Shivani is Guides for Brides' Digital Marketing Apprentice. A lover of all things wedding, she has a particular eye for fashion and beauty trends. Also a highly skilled dancer and choreographer, Shivani is the best person to speak to if you are wanting first dance advice whether your style is Classic, Bollywood or even Street Dance!

More from the blog

City of London Club: A Stylish Venue In The Heart of London

Win A Customised Bridal Bouquet Worth £200 From Amaranté

Planning a Wedding
Courtesy of Pexels

What To Expect At A Hindu Wedding